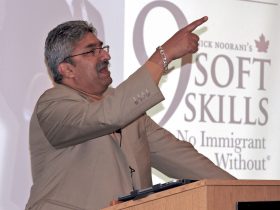 Soft Skills no immigrant Should Be Without

We have been watching news about race and racism for quite sometime. No person of color is inured to incidents, and probably newcomers are subjected to this more because of languages, accents and well, newcomers do tend to stick out. And while I was thinking about this, an incident suddenly surfaced.

This goes back some twenty oddyears;I had been working with Frank for two years starting at the bottom rung as an Account Manager and moving to Director Sales & Marketing in year two. Frank was sent an invitation from a prestigious club inviting him to become a member. He was understandably very honored and excited and suddenly blurted out “Nick, this will be great! I can get you in as well and we can get some more business for the company”

Lovely, simple Frank. He came back from the meeting with the club in a fowl mood and we all kind of tiptoed around him. As lunch time neared, he came into my room and asked me to lunch. We walked down the street to his favorite Italian restaurant and after placing the order, he looked at me and said “well, guess I am not going to be a member at the ‘Lah Di da club’ after all.”

I looked at him and asked, “What happened?”

He tried to brush it off and just then our order came.

“So, what did they say to obviously piss you off?”

“It’s okay Frank” I said gently “I have over time built up a thick skin. Not the first time, it’s ok.”

“Well, I do not have a thick skin. And so, I told them where they could put their membership” he scowled.

I was taken aback. “Frank, you have always enjoyed that place. Just go ahead, I am fine”

“No Nick, this is something Canadians should and do stand up against. I refuse to allow racism around me. I do not have a thick skin, and neither should you!”

A simple small business owner took a stance that day. Maybe just a few of us knew about it, but it speaks volumes about the character of the person.

And I share this publicly now because it is time to have normal skin.

Ask Nick!This was the name of a radio show I did with CBC’s Radio Canada that became very popular and I had to field questions that I answered on a live show every week.

Inspired by this, I am opening this up to all prospective and existing newcomers. Send me your questions in the form below and I will answer them. Look for the answers in my weekly video.

Find Us on Social

Get our latest news straight into your inbox

Soft Skills no immigrant Should Be Without 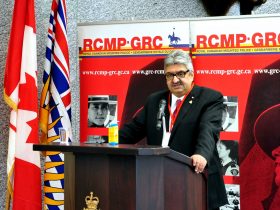 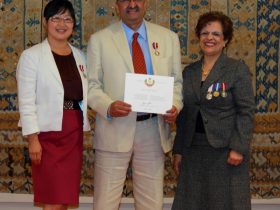 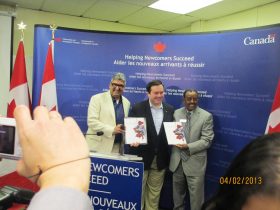 With Minister Kenney for the launch of Welcome to Canada

Get our latest news straight into your inbox.